Is Your Dog Bored or Driving You Crazy? Here are 3 Easy Things to Do 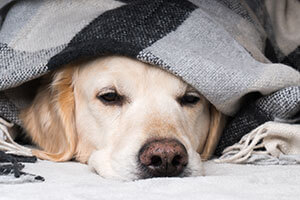 Dogs show boredom in different ways. Similarly to humans, he or she may sleep more than usual and seem lethargic. On the other hand, they may act exactly opposite that description and pester everyone, possibly get destructive, or become very demanding. Your dog may start whining or become pushy. In either scenario, physical exercise is one thing that is needed. It can be a long walk, a run around the yard, or a hunt where he looks for you in the house. You also have to give him activities to do inside. Here are three easy things to make or do that your dog should love and will keep him occupied.

Treasure Hunt:  in the house or outside in a fenced yard (or on a long leash).

Inside the House:  Put your dog in a room. Get at least 25 small treats that your dog likes and place them on the floor next to walls and furniture in any room that you allow the dog to go into.  Bring him into one of those rooms, touch one and say: “Find It!” with a happy voice.  Point to one more and repeat.  Once he catches on say “Find It, Good Boy”, and cheer him, or her on.  This is fun for the dog and exercises him by using his mind on the search and has to keep sniffing to find them.

This uses the same principle as using a Snuffle Mat.  Get a cardboard box and either old hand towels, dish towels or even old tee shirts plus a good amount of treats.  Using one item at a time spread the treats on top of each item.  Next, roll and twist the item until it’s almost rounded and put it into the box.    (Example:  cut up freeze-dried beef liver). Next, either fold flat all the top flaps (as if you were going to seal the box), or fold only three of the flaps.  Fold in a side flap then an end flap, followed by another side flap.  Tape them down so that they won’t pop up.  Either cut off the last flap so that there’s a big hole for the dog to push his nose through to access the contents or cut an opening through those top flaps large enough for the dog to easily pass his nose through.  Either way, the dog should be able to comfortably get his nose into the box. Bring your dog to the box, point to the opening, and say “Find It!

In the molds or ice cube tray first spread all the berries.

Spoon the yogurt over the berries, filling evenly. Smooth the top using the spoon.

Tap the molds or ice cube tray gently on the counter to remove any air bubbles.

Freeze for about 5 hours.